After the one month orientation, which to me was like mini-military training, we were posted to our various places of primary assignment. Those of us who did not know how to lobby had our postings to very far and remote villages. For somebody like me, I depended on God to decide for me where He knew would offer me utmost fulfillment to His glory.

I was posted to teach in a Grade II Teachers’ College in a village called Manchok. Some of my colleagues and friends were posted to Banks and some prominent companies. Some could not even see their names on the posting list. They had to struggle with that for the next few days.

The very first challenge for me was how to locate this village. All of us that we had been enjoying one another’s companionship in the Christian Fellowship were all scattered. The list was released too late for some of us to travel, so we had to stay till day break to start the journey after enough information had been obtained.

Manchok is a village in Southern part of Kaduna. The Journey from Kaduna to Manchok is about same Journey from Kaduna to the southern Nigeria. I got there, reported to the Principal of the School, a man who made the arrangement for me to join other Corps members with whom I would spend the next one year. I discovered that I was the only woman among six Corps members posted to the school.

We related as brothers and sister though we were from different parts of Nigeria. Some evenings we would go out to eat in the village and on other times we eat from one another’s food and soup no matter how it was prepared. We went to market and school almost at the same time. Soon, the school authority felt the daily journey was too tedious for me as the only lady and so, when there was an opening through the exit of a spill-over Corps member (Kehinde by name), I was moved into a one-room apartment inside the School compound. That also marked an end to my commitment to learn Hausa language because teachers’ official language of communication was English.

Manchok is a Christian community with a king whom we visited. He welcomed us and slaughtered a goat for us. The place we were lodged was a big compound with many rooms, each of us had one. It was located in the village, we had to trek about 4Km to and fro every day. Market was five days interval, during which we purchase foodstuff and prepare our soup to last till the next market day.

It used to be very interesting because there we had to communicate in Hausa, irrespective of how poorly we manage with it. The villagers were friendly especially as we tried to communicate in their local language. We received special treatment. Perhaps as a way to help us improve in the language the villagers would also rebuff our effects to communicate in English by simple response was ‘baa turenchi’, meaning no English. (Extract from Journey of a school Teacher) to be contd. 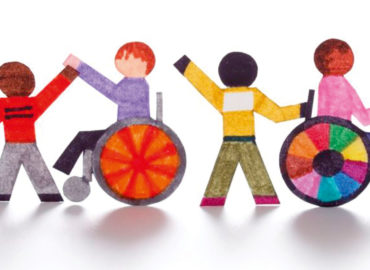