Another story day came and as we were all gathered sitting round my mother she said. Once upon a time, we chorused time, time. there was a farmer. The farmer was so wretched , as wretched as a church rat. This man had many wives and many children but he would go about saying- ‘Adamu lo seyi o’. what this man was saying was blaming his wretchedness on the sins of Adam. This man was known by his saying wherever he went. His look was very appalling in that he never believe he was responsible for all his calamities.

One day, he went hunting in the bush, and as he went on chanting ‘Adamu lo seyi’, there appeared to him a fiery man who stopped him and asked  him the genesis of his problems. The man simply said, ‘Adamu lo se yi’. In a twinkling of an eye, the farmer found himself in a beautiful gigantic mansion with the fiery man. The man said all this house and things inside it are yours and your wives and children. The man was so happy so much that a horse would ride majestically within him without missing steps. The man warned him, this room at your right side must never be opened. Immediately the man disappeared.

The farmer quickly went and called all his household members. They were living there with all the enjoyment therewith. They only needed to desire anything, and they had it. They were so happy that the man forgot his saying “Adamu lo seyi” The man grew in leaps and bond, he lacked nothing whatsoever. Life for him has taken a new turn. He never needed to farm or hunt for game. He became god to his household members. However, as days passed into months, months to years, the man became arrogant and  has forgotten how he got to that place. Then he started asking himself questions such as what else do i need again? after all, i have all of this house and tings inside for myself. He kept on asking himself day in day out.

One fateful day, he remembered that there was a room in the house he was warned never to open. He told himself ‘with all his power and might as the ‘god’ why should anything be withheld from  him? He therefore made up his mind to open the room. Of course, he had access to where all the keys to the rooms were kept. He searched through all the keys and brought out those he thought were likely to be one of the correct key. He first set up a table for a sumptuous meal, dressed in a very costly apparel and put on a golden shoes. He was thinking probably as he enters he was to have a gorgeous reception or something like that.

However, as he tried the keys one after the other, one went through and the door was opened. As the farmer entered, the door slammed back behind him. He saw himself dressed in his old rags, He saw his hoe, cutlass and hunting bowl and the man appeared once again. He asked him, who did this? was it Adam or you? you are back to your old life. There and then, the man, the house and everything in it disappeared leaving the farmer alone in  his disobedience.

Thank you for reading through. Please leave your comments -either observations, lessons or  inference. 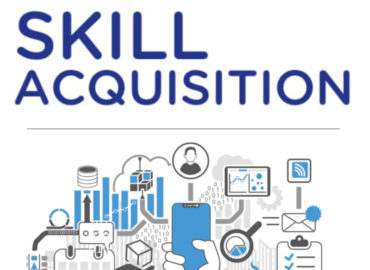 What do I gain from Skills Acquisition?

College of Education Like a flash of light, a s…