If you miss taking the insulin before meals, you will have to skip the dose and take it before the next meal. Never try to https://africarx.co.za/buy-cialis-professional-south-africa.html catch up by taking two doses at once.
APPROVAL THROUGH OBEDIENCE
Introduction
In life, people seek for approval from men or God. To be approved of men or of God, the one seeking approval will try to do the bidden of the one to approve. This is affirmed by Youngblood, (1995:908) when he defines obedience as “carrying out the word and will of another person, especially, God’s will.” No one can be approved unless he/she passes the test of obedience. Murray, (1998), agrees with this stand when he says “In the life of man, to obey is the one thing needful” (ccelv4 (d)/m/murray/obedienc/obedienc.htm).
Obedience and approval go hand in hand. Youngblood, (:908), argues that “In both the old and New Testaments the word “obey” is related to the idea of hearing. He propounds that obedience is a positive, active response to what a person hears.” He further posits that God calls his people to active obedience and their failure to obey leads to judgement.
To Youngblood, the basis for God’s approval, “blessing and favour is obedience (Exo 19:5; 24:1-8). Further support to this was “Samuel’s emphasis that God’s pleasure was not in sacrifice but in obedience (1Sam15:22). In like manner, the promise of new covenant emphasises obedience as God’s gift (Jer 31:33).
Murray,(: at ccelv4 (d)/m/murray/obedienc/obedienc.htm ) portends further that “In the NT, the obedience of Christ stands in contrast to the disobedience of Adam. The disobedience of Adam brought death, but obedience of Christ brought Grace, righteousness, and life (Rom.5:12-21). That implies Adam’s disobedience brought God’s disapproval which is death, whereas, Christ obedience brought approval-grace, righteousness and life.
Conclusion
It is commonly assumed that people seeking God’s approval also seek His blessings, Bourgeois, (2009) object to this by saying “Most people who believe in God have hopes of his approval in this life and for the eternal life to come…However, God is able to know the thoughts and intentions of every person, he cannot be manipulated into issuing blessings to those who approach him in inappropriate ways and for inappropriate reasons. 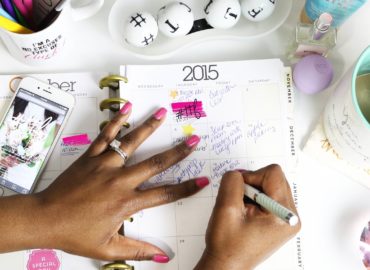